For tomorrow shuttle tatters will need to have 2 yards of red thread wound on a shuttle CTM with the ball.

If you are a needle tatter you will thread your needle with your usual length of tail...using red thread of course!  Use the size of needle that works best for you.

Just a word for needle tatters, we will be using lock joins.  Many needle tatters often just pass their needle through the picot when they see a lock join. It is my recommendation that you don't do that.  The secondary benefit of a lock join is to stabilize the core tension so that one yank doesn't pull things all to @#!$@.

*****For those who don't know, CTM stands for continuous thread method which just means don't cut the thread between the shuttle and ball.

*****Tips on how to do a self closing mock ring imcan be found at http://janeeborall.freeservers.com/TipsSCMR.html 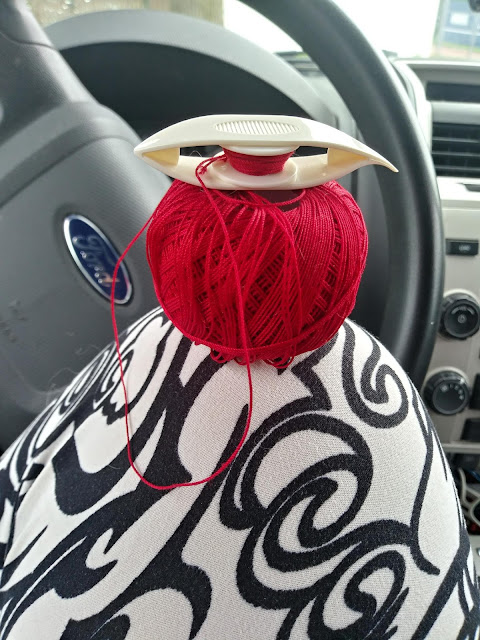