It's been a wasteful few weeks.  On Canada day I signed an agreement to purchase this house: 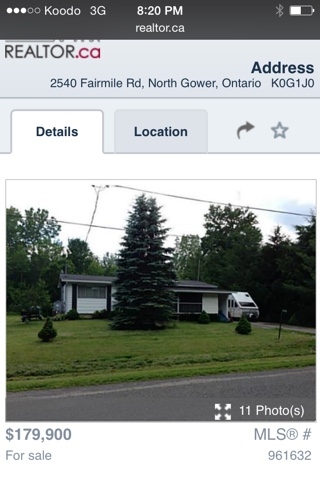 So I thought I was moving and got my house ready to sell.  When  we did the inspection there was asbestos in the attic.  No worries though the seller agreed to take the cost of the remediation (removal of the asbestos) off the cost of the house.  So I would hire and oversee the removal once I had the house.  I also agreed to take on the cost of re-dry walling the ceiling that would have to be removed to get access to all areas of the attic.  This put back my moving schedule a few weeks but I was gonna roll with it...Until...They asked for more money when we went to do the final deal!  I wasn't okay with that so...no new wreck.    Seriously, in big picture it's not a lot of money but for me it's a lot. It turns out the realestate agent had other people interested and felt free to try for more.  Considering the state of the house I was surprised there were multiple offers but the location is prime.  I'm going to watch the area for another to come in the market over the next few years.   In the meantime I'm sad about losing a potentially great house.  (Although it's awful right now)
Posted by victats@gmail.com at 6:19 PM 3 comments: