They sent the registration package out yesterday for the Finger Lakes Tatting Convention.  It used to be called the Hector Tatting Seminar but since its moved to a new location in Lodi they've used a new name.  The fire hall in Lodi is a little bigger and a little better laid out.  Plus its closer to the outlet mall!
Its on the 14th and 15th of April which is a Saturday, Sunday combination.  If you're never been its a great experience and the food is really good!  (food is very important to me)

I'm excited to be teaching again this year. My project is a bracelet with dimpled hearts and beads. Its a great opportunity to try out using the Balanced Double Stitch (BDS) and see the difference between a BDS and a ds. The bracelet length is easily shortened for smaller wrists and was approved by my 6 year old niece Julia. Since she is very particular about her jewelry I thought it was a good sign.   Each year I have a really hard time trying to figure out what class to take.  Teaching makes it so I can only take the long classes but I'm still having a hard time deciding.
To make it easier for anyone planning to attend I've provided pictures of my project The Hearty Bracelet.

Posted by victats@gmail.com at 4:13 PM 4 comments:

Its so annoying that its been 3 weeks since my last post.  I never seem to have everything to together at the right times.  I've also been busy trying to catch up to everything that happened over the holidays and we've had some big projects at the clinic to finish.   We're trying to get ahead of the game.
The coolest thing happened on New Year's eve.  I went with my friends Salima and Hafeez to the Congress Center for the New Year's Eve Gala.  The evening was dinner, live band and door prizes.   The prizes were  LCBO baskets (booze),  a suite at the next Toronto- Ottawa Hockey game with all beverages and food included and  a trip for 2 to the Iberostar Bravura in Punta Cana Dominican Republic!   The other people at the table were laughing at us as we negotiated what to do if we win.  We never win these things but its fun to imagine winning.
Since we never win we were not really paying attention to what we won when our number came up.  I gave the ticket to Hafeez to go pick up the prize.  He`s big hockey fan and was so disappointed when he realised it wasn`t the hockey tickets that he didn`t listen when they told him what we won.  He had no clue!  Everyone kept congratulating us so we sent back to find out what the prize was and it was the trip!  Seriously.
So we`re shutting down the clinic on March 24th-31st and going on a trip.  Salima didn`t want to go without Hafeez and her son Ayan so we`ve purchase a few extra tickets.  This way we can all go and it`ll be a half price trip!
That`s why we`re all trying really hard to get everything done in January that we usually take 3 months to do!

Posted by victats@gmail.com at 9:13 AM 2 comments: 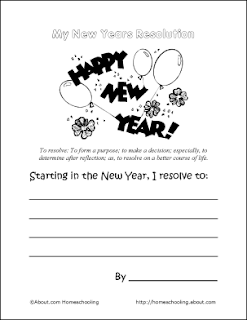